Ramtha in presenting his philosophy and personal experience makes the point that he himself is the embodiment of the philosophy, the living representation and manifestation of his thought. Thus he says that he is an immortal God, consciousness and energy, and that he lived once as a human being 35,000 years ago in the long gone continent of Lemuria.
He explains that in that lifetime he addressed the questions about human existence and the meaning of life, and that through his own observation, reflection, and contemplation he became enlightened and conquered the physical world and death. He promised his beloved adopted daughter that he would come back. Today that daughter is JZ Knight. Ramtha conveys his teachings through the phenomenon called channeling. In fact, he is the one that made the term known. JZ Knight is the only channel he has chosen to use to deliver his message.

For more information about Ramtha go to: www.ramtha.com

Ramtha® is an internationally registered trademark of JZ Knight. Used with permission. 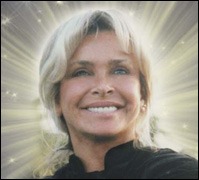